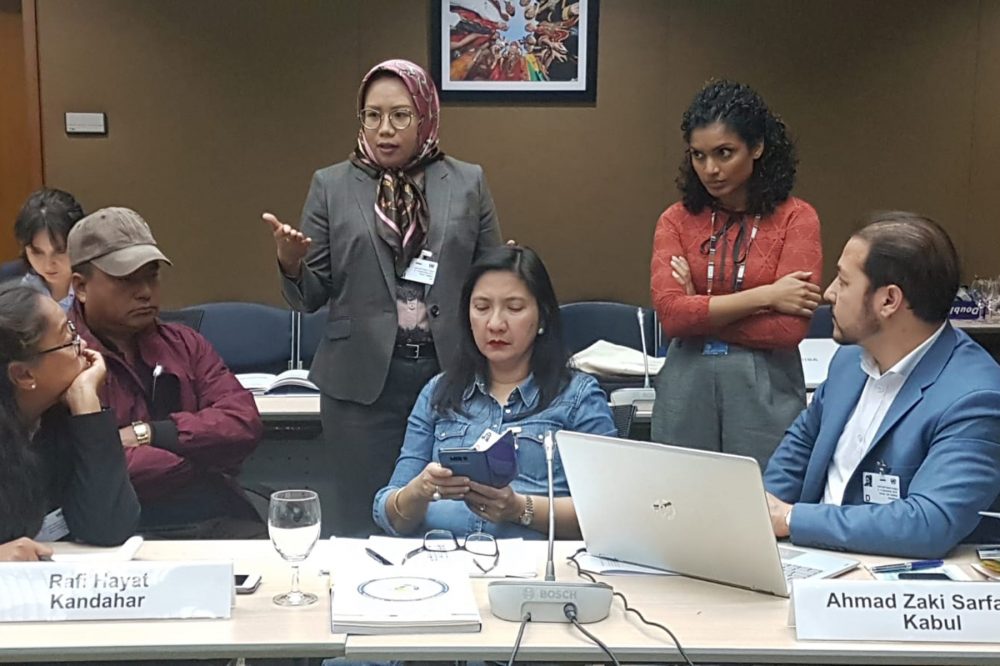 Held December 2-5 in Bangkok, Thailand, Component II comprised Module III — How is my city growing?; Module IV — How to finance sustainable cities?; and Module V – Who governs the city?

The task of informing urban leaders is increasingly pressing due to the rapid pace of urbanization in most of the Asia Pacific cities. Indeed, the decisions made by today’s Asia Pacific city mayors and governors are set to determine whether the aspirations of the global development agendas, including the 2030 Agenda for Sustainable Development, the Paris Climate Agreement, and the New Urban Agenda, can be achieved.

“Experts from APRU Sustainable Cities and Landscapes Program have been engaged in developing specific content in relation to key topics such as sustainable urban development and planning, green finance, and sustainable governance, and we are delighted that they delivered key sessions at the Mayors Academy Component II meeting,” said APRU’s Director of Policy & Programs Christina Schönleber.

“APRU is proud to be a major partner of the Mayors Academy, and we are looking forward to the next meeting at the World Urban Forum in February in Abu Dhabi,” she added.

Module III focused on elements related to managing urban growth through urban and territorial planning in an inclusive and participatory manner.

Participants discussed the implications of population shifts and economic growth on urban sprawl, informal settlements, resource use, and land value.

They also considered the implications of climate change, with a focus on building cities’ resilience to disaster risks, including the use of nature-based approaches.

Module V started with an analysis of power relations within urban contexts and went on to explore the imperatives of improved vertical and horizontal integration.

Component II was completed with the “Planning Next Steps” session in which the participating city mayors and governors presented their revised initiatives based on the insights developed in Modules III-V.

The participating city leaders expressed that they now have a clear plan for their next steps and to begin preparations for their participation at the 2020 World Urban Forum in Abu Dhabi.