The second APRU Sustainable Cities and Landscapes 2018 Conference, hosted by The University of Hong Kong (6-9 September 2018), provided a forum for more than 110 researchers, educators, students and practitioners, (representing 44 universities and government / NGO agencies around the Pacific Rim) to explore and develop new understandings and to collaborate on research-based responses to chronic and severe sustainability issues relating to cities and landscapes.

Delegates, who included architects, landscape architects, urban designers, planners, environmental scientists, engineers etc., drew upon their diverse experience from 15 different regions and cultures, in exploring the relationships between cities and their surrounding landscapes – often the nexus of some of the most pressing local and global sustainability challenges – and discussed both the initiatives and the likely agents of change that will be required to achieve healthy and vital urban communities and environments. A key focus of this year’s conference was how to advance the various topical research studies and agendas into specific action including projects, policy and management.

The conference opened on the Thursday evening with a short introductory session. Delegates were welcomed by Chris Tremewan – General Secretary of the APRU, Bart Johnson – Chair of the SCL Hub, and Mathew Pryor on behalf of HKU and the Conference organizing committee. 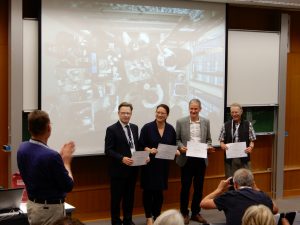 The session also included short ‘provocations’ by two special guests, Prof. Juan Du, Assoc. Dean (Mainland China & International), Faculty of Architecture at HKU, who spoke on challenges of vulnerable communities in Hong Kong, and Bob Moseley, Director of the Nature Conservancy’s Asia Cities Program, who spoke of the challenges of addressing sustainability issues within the rapid development in the Pearl Delta, Greater Bay region. Both challenged delegates to think expansively about the complex nature of these sustainability challenges, the stakeholders and actors involved, and how solutions often arose when different disciplines worked together.

Each group had up to 15 core members, who were joined by a number of students (as noted below). Eight of the groups had met last year, and most were able to reform under the same leadership but with the addition of new members. Three(*) new groups were added both to broaden the area of enquiry, and in response to issues of particular relevance to Hong Kong.

Working groups met in a series of closed-door sessions across the three days of the conference, to discuss and develop their ideas. Many groups used Friday afternoon to make visits to locations around Hong Kong that were relevant to their discussions, such as: West Kowloon Cultural District, Energizing Kowloon East Office / Kwun Tong Waterfront; urban rooftop farms in Chai Wan and Causeway Bay; public housing estates in Shek Yip Mei; Shatin Sewerage Treatment Works; and heritage buildings in Wanchai.

To develop understanding and communication between the different groups, and to provide venues for inter-disciplinary exchange, working groups sessions were interspersed with a couple of key plenary sessions.

Early Saturday morning all eleven working groups were invited to engage in a speed dating event, in which groups met in pairs with just five minutes to discuss and find common understanding and areas for mutual collaboration. This highly enjoyable event produced a surprising level of interaction, and friendships and partnerships flourished throughout. Key outcomes were the understanding that groups had far more in common than they imagined, both in terms of aims and ideas for collaboration. The rapid exchange allowed groups to hone their skills at pitching ideas / ideals and in finding insightful questions. 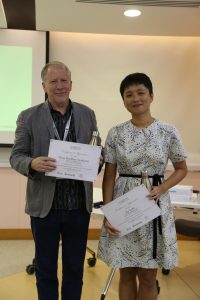 The session also included two further ‘provocateur’ speakers. Prof. Gray Kochhar-Lindgren (Director of the Common Core Curriculum, HKU) who spoke on the nature of and meaning of ‘interdisciplinarity’, and Ms Joy Lam (Sustainability Manager, HKU) who spoke in the role of universities in advancing sustainability agendas. 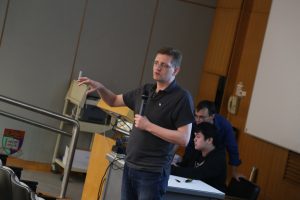 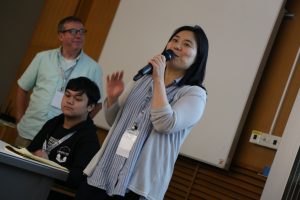 On Sunday morning, each working group was asked to present a summary of their discussions so far and to share their thoughts on which of the other working groups they felt closest to. During a working lunch that followed, delegates were invited to share their opinions about future actions and interactions. Many of the comments made in this session were echoed in suggestions to collaborate broadly; to aim to get messages / policy suggestions to highest possible international organisations; and to project the seriousness and urgency of the issues involved.

Outside the formal discussions, delegates were able to engage with the city and get a sense of some of the sustainability challenges of high-rise and high-density urban living through a number of breakfast excursions and general excursions that were run on different days during the conference. These were all led by undergraduate landscape students from HKU who acted as tour guides / interpreters, and were able to add some of their own personal perspective on issues in Hong Kong.

The social highlight of the conference was the dinner in the Compass Room at the Royal Hong Kong Yacht Club. Delegates were joined by several of the key guests (Chris Tremewan, Bob Mosely, Joy Lam, Michael Kokora) and an open bar and excellent buffet dinner, allowed plenty of exchange and celebration. Students of the Design Field School presented observations from their journey across Java, addressing issues of impacts of plastic waste, ecotourism, and sustainable / equitable housing. 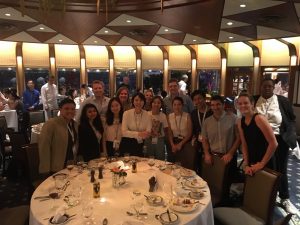 In parallel to this year’s conference, instructors from the Division of Landscape Architecture at HKU ran a Design Field School (27 August to 9 September) for 13 students from five different universities to explore the impact of modernization on some of South East Asia’s most remarkable natural landscapes and urban communities, including the sprawling urban metropolis of Surabaya in East Java, the rich volcanic landscapes of Eastern Java, the cultural splendour of the island of Bali, and high-rise high-density urban living in Hong Kong.

Once back in Hong Kong, participating students were able to bring their experiences from the trip into the discussion of the different conference working groups, and to develop links across issues. 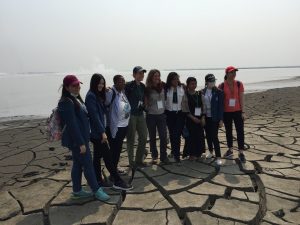 As a further impetus to working across the groups and to promoting cross-disciplinary thinking, nine undergraduate students from the liberal arts research initiative (run by the Common Core Office at HKU), were also invited to join the conference. These HKU Nomads were tasked with engaging in discussions with two or more working groups during the conference, understanding the nature of the various discussions, and through their observations making conceptual connections and links between them. The Nomads are compiling their observations and reflections on the conference in short pieces of writing which will be shared with delegates via the conference website.