Thirteen selected international students from APRU’s member universities participated in a two-week design field school in Indonesia led by HKU faculty staff and local partners, from August 27 to September 9, prior to the commencement of 2018 APRU Sustainable Cities and Landscapes Conference.

The school explored the uncertain landscape complexities, caused by urbanization, through examining a recent study that focused on the rapid modernization of landscapes and communities in East Java. A group presentation was given by the students during the conference’s dinner, addressing topics on eco-tourism, Gundih village, and marine debris in Indonesia. 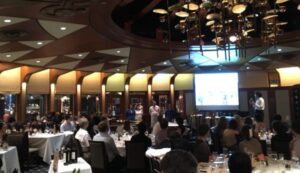 See travel blogs from Stuart and Mayeesha who just came back from the trip.

Find out more about the field school here.