On Wednesday, June 5, a kick-off meeting for the “AI for Social Good ― a United Nations ESCAP-APRU-Google Collaborative Network and Project” was held at Keio University’s Mita Campus. The project brought together 8 scholars from all across Asia Pacific under the academic lead of Keio’s Vice-President Professor Jiro Kokuryo for the meeting, with the support of UN ESCAP and Google, and organization by the APRU-Association of Pacific Rim Universities.

The scholars, encompassing a wide range of academic backgrounds from technical aspects of AI such as computer science to ethical views including philosophy, had lively discussions on their research plans as well as providing mutual feedback, alongside representatives from the project organizations ― UN ESCAP, Google, and APRU.

Their work at meetings set to take place over the coming year will be published as a policy recommendation paper for government policymakers and other stakeholders including those in industry, NGOs, and academic institutions. 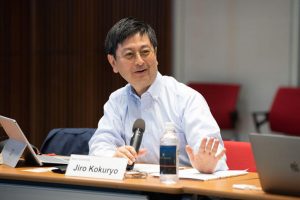 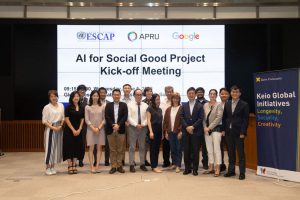 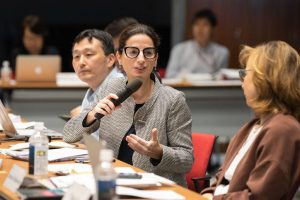