APRU tasked with offsetting lack of political will against climate change 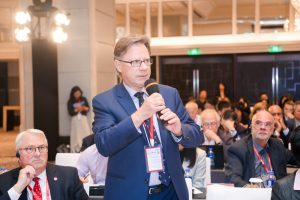 Speaking at the 2019 Symposium on World Class Universities (WCU) held Oct 15-17 at Shanghai Jiaotong University, China, Tremewan stressed that APRU’s network of 51 universities from 18 economies around the Pacific can realistically have the ambition not just to adapt or mitigate but actually to reverse climate change.

According to Tremewan, this ambition must be underpinned by generating political will and by achieving scale in the many solutions that are already known or being developed.

“As the difficulties of international cooperation increase, political systems prove too slow or inadequate, and planetary crises intensify, we are finding that APRU becomes more important as a cross-border, trans-Pacific platform for collaboration,” Tremewan said.

“The challenge now is to work collectively, to act together, to combine our social influence, and to educate the current generation, which is the last generation that has a chance to fix the planet,” he added.

At a panel discussion on focusing on the question of how should WCU tackle global challenges and seize opportunities, Tremewan went on to call for a culture of openness to new pedagogical methods and involving experimental management. He pointed out that there is a sense of urgency and moral courage at leadership level on existential challenges and furthermore explained the need to leverage collective strengths in research and education into international public policy. 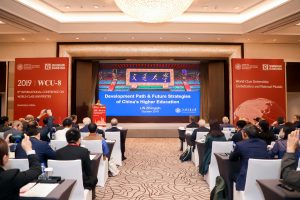 Tremewan took the opportunity to highlight the Declaration of Climate Emergency, which, produced by researchers, professors and students involved in APRU’s Sustainable Cities and Landscapes Program, identifies key goals in acting on the climate emergency. The Declaration of Climate Emergency will feed into the COP25 UN Conference on Climate Change in Madrid, Spain, in December.

The WCU are commonly recognized as global flagship research universities that are essential in developing a nation’s potential for development in the knowledge economy. They are credited for seeking conceptual and practical solutions to the world’s most-daunting challenges.