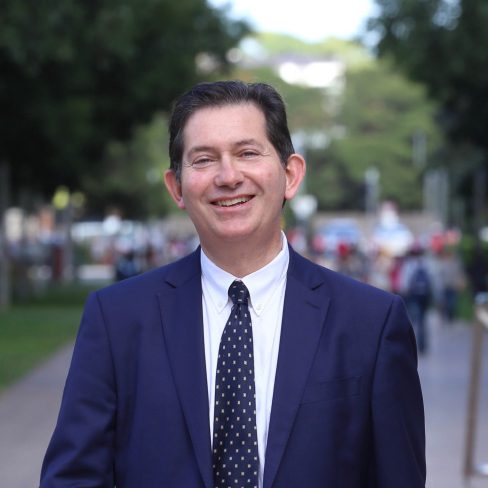 Professor Jacobs has been President and Vice-Chancellor of UNSW Sydney since February 2015. Prior to this he was based in the UK as Dean of Medicine at University College London from 2009-11 and Vice President of the University of Manchester from 2011-15.

He qualified in medicine at Cambridge University and the University of London before specialising in surgical treatment of women’s cancers at St Bartholomew’s Hospital and University College Hospital in London. He has for the last 30 years led a research team working on early detection and risk prediction of cancer with a particular focus on screening for ovarian cancer which has led to grant awards >£50m, over 400 publications and an H-Index of >70.

In 2005 he established the Uganda Women’s Health Initiative, which conducts a series of projects in Uganda including a cervical cancer screening programme. He has been President of the British Gynaecological Cancer Society and the European Society of Gynaecological Oncology. He is Emeritus Trustee of the Eve Appeal charity which he founded in 1985 and a non-Executive Director of Abcodia Ltd a medical diagnostics company he founded as a spin out from his research in 2010.