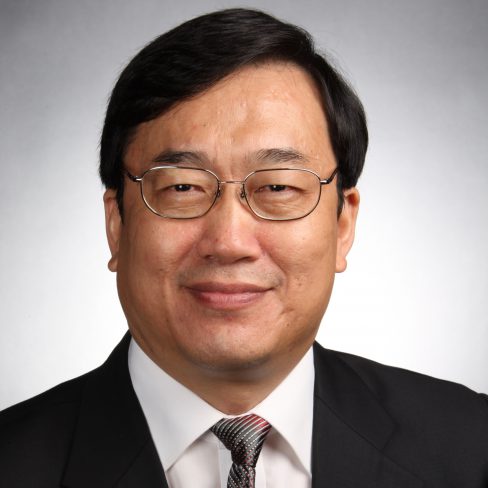 Dr. Xu Ningsheng is a professor at Fudan University in Shanghai, China. He was awarded his bachelor degree in Semiconductor Physics in 1982 from Sun Yat-Sen (Zhongshan) University. From 1983 to 1986, he conducted his postgraduate research at Aston University, UK and received his PhD in 1986. In 2013, he was awarded an Honorary Doctor of Science (DSc), also from Aston University. After receiving his PhD, Ningsheng was employed as research staff of Aston University. In 1996, he was appointed Professor of Physics at Sun Yat-Sen University and served as the Head of the School of Physics and Engineering for a period of time. He also served as the Director of the State Key Laboratory of Optoelectronic Materials and Technologies from 2002 to 2014. He was President of Sun Yat-Sen University from December 2010 to October 2014. Since October 2014, he has been President of Fudan University.

His current research focuses on electron emission cold cathode materials. He has served as chairman and member of various steering committees of international academic organizations, including IVMC/IVNC (International Vacuum Micro/Nanoelectronics Conference), IFES (International Field Emission Symposium) and SID (Beijing Chapter, Society of Information Display), and is now the Chairman of Vacuum Society of China. He is also a Fellow of the Institute of Physics, UK. He has published more than a hundred scientific research papers in international journals and written chapters of numerous academic works, including a chapter in an academic volume published by Academic Press, London, UK and a chapter in an encyclopedia published by American Scientific Publishers. He is also one of the inventors of patents in China, the United States, the United Kingdom and other European countries. He was elected to be an academician of Chinese Academy of Sciences (CAS) in 2009 and a member of The Academy of Sciences for the Developing World (TWAS) in 2011. He has served in a number of national expert committees, including China 973 and 863, two national key programmes. He is currently a member of the expert committee for the 13th National Five-Year Plan.