More than 100 international and local participants from various disciplinary fields convene at the 11th APRU Research Symposium on Multi-Hazards around the Pacific Rim held at the University of the Philippines main campus in Diliman, Quezon City from 7 to 9 October 2015. Symposium partcipants gather for a group photo. Photo by: University of the Philippines

The symposium commenced with the launch of Resilience: Survive and Thrive TM  University-wide Tournament on 7 October. Resilience: Survive and Thrive TM is a tabletop card game that aims to teach its players the lessons of balanced development and resiliency under the climate change lens. This ingenious initiative is the brainchild of the BaR-C2 Project of the University of Philippines (UP) in collaboration with Balangay Entertainment with the goal of introducing the concept of climate change and extreme weather events among the youth. It is also envisioned that schools will adopt the use of this game as part of their curriculum. 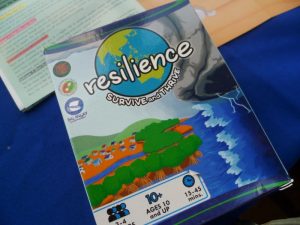 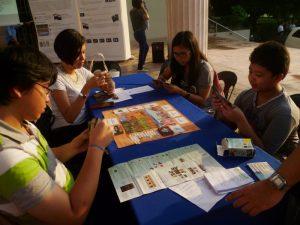 UP Students and MH Symposium participants engage in the game.

The launch was followed by a dinner at the UP Executive House hosted by UP President Alfredo E. Pascual. President Pascual welcomed the symposium participants and talked about the role of universities in disaster risk reduction and the importance of the ‘human dimension’ in disaster mitigation and recovery. Also speaking at the dinner was APRU Program Director Cheryl Torrado, who emphasised the importance of using the mind and the heart in building a disaster resilient society. 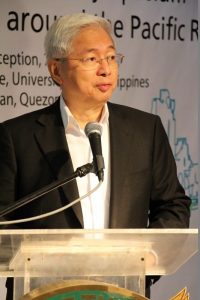 UP President Pascual addresses the symposium participants at the welcome dinner.
Photo by: University of the Philippines

UP Vice-President for Academic Affairs, Gisela P. Concepcion officially opened the symposium on 8 October. This was followed by an artistic and heartfelt tribute to the victims of Typhoon Ketsana (locally known as Ondoy) that devastated the northern Philippine island of Luzon in 2009. The keynote addresses focused on how predictions of climate variations in the Indo-Pacific region could be useful for mitigation and preparedness for extreme events, and how narratives on disasters could be a powerful research tool. 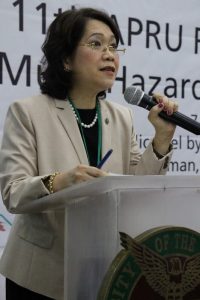 UP Vice-President Concepcion gives her remarks on 8 October.
Photo by: University of the Philippines 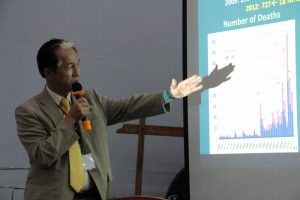 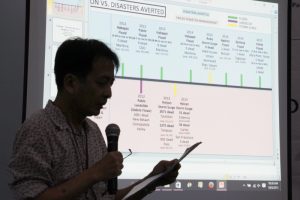 Keynote speakers: Professor Toshio Yamagata of the Japan Agency for Marine-Earth Science and Technology (left) and Chancellor Michael L. Tan of UP Diliman (right). Photo by: University of the Philippines

Plenary sessions held on 8 and 9 October featured presentations by members of the APRU Multi-Hazards Core Group, and leading experts and scientists. These presentations highlighted the APRU network and its Multi-Hazards Program, disaster preparedness and mitigation efforts in China, Japan, Thailand and in the Philippines, and the Sendai Framework for Disaster Risk Reduction, among others. 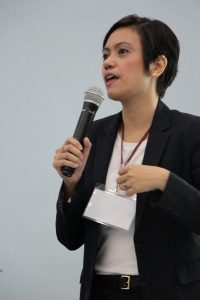 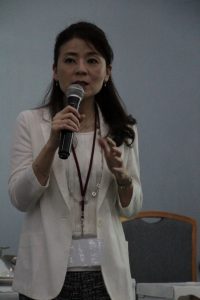 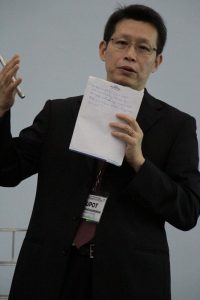 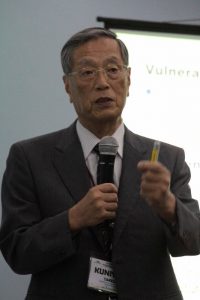 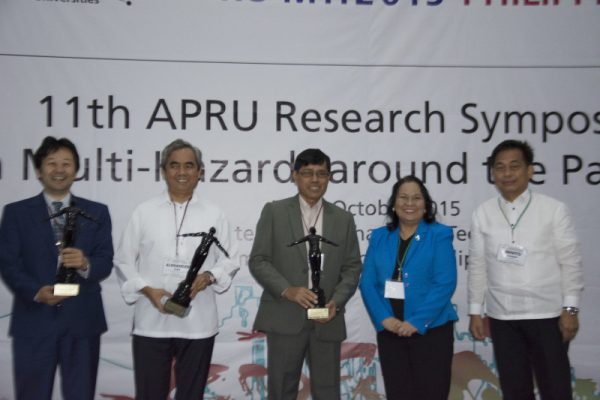 UP Assistant Vice-President Rhodora V. Azanza (second from right) and UP Dliman Vice-Chancellor Benito M. Pacheco (right) present tokens of appreciation to plenary speakers for their contributions at the symposium.

In addition, top academics and early career researchers presented their current research efforts during the parallel sessions over the course of 2 days. The presentations and discussions were grouped based on different subthemes including topics on enhancing disaster preparedness; investigating disaster risk reduction and mitigation for resilience and sustainability; identifying and quantifying multi-hazard exposure; communities of interest; and recovery, rehabilitation and reconstruction. 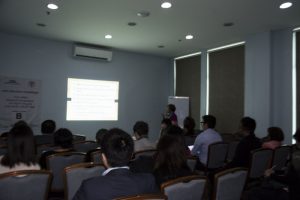 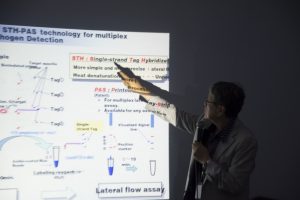 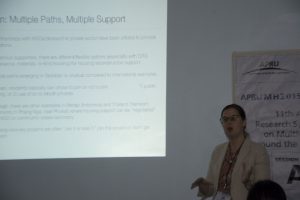 Participants engage in discussions during the parallel sessions. Photo by: University of the Philippines

The symposium concluded with a declaration of support for the Sendai Framework for Disaster Risk Reduction. View the declaration here. A collaborative website is also being developed by the University of the Philippines to facilitate discussions and research exchange among all participants after the symposium.

The APRU Multi-Hazards Symposium series was launched in 2005 and is currently one of the key activities of APRU’s Multi-Hazards Program.