Collaborating across borders to resolve societies’ most pressing challenges

The APRU Impact Report 2016 provides for the first time the evidence base for the contribution of leading research universities to the Asia-Pacific’s most pressing challenges and to the social and economic well-being of societies. This report provides an overview of the expertise of APRU’s member universities and the current state of play regarding international collaboration in key fields of research and education. It does this through contextual data, research metrics and case studies. 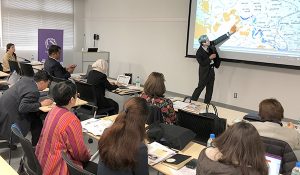 President Tony Chan, The Hong Kong University of Science and Technology (HKUST), demonstrated how APRU presidents could employ the report on the public policy front, for instance, as a useful piece of resource to inform government agencies, such as the University Grants Committee in Hong Kong, on the contribution of research universities on resolving societies’ most pressing challenges, whilst advocating for further investment in research. 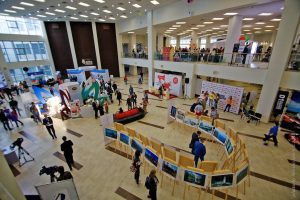 Dr Brad Fenwick, Senior Vice President for Global Strategic Alliances, Elsevier, and APRU Senior Advisor, stated that the report provided tangible and direct evidence of the high calibre impact that APRU institutions have made through international collaboration among member universities. 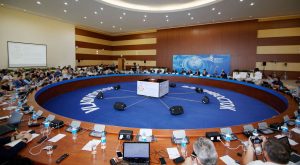 Dr Alan Bollard, Executive Director, APEC Secretariat, and former Governor of the Reserve Bank of New Zealand drew a picture of the structural changes in the international economy. He noted the benefits of globalisation and the implications of the changes in demography and technology for the Asia-Pacific region. Dr Bollard also commented on the value of APRU’s active participation with APEC, especially in the Education Network Human Resources Development Working Group and the Policy Partnership on Science, Technology and Innovation. Prof Dr Jomo Kwame Sundaram, Institute of Strategic and International Studies, Malaysia, and former UN Assistant Secretary-General for Economic Development, gave an insightful commentary on the major challenges for Asia-Pacific universities such as the closing of minds due to the recent rise of jingoism, the impact of the proprietary movement of knowledge and the difficulties of measuring the impact in higher education in very different settings. He noted the profound difference between Southeast Asia (SEA) and Northeast Asia (NEA), in terms of the development of large industries in the NEA compared to the role of Foreign Direct Investment in SEA which has not produced strong local companies.

APRU Presidents adopted a statement on Gender Equity and Diversity as a guide to member universities in the development of policies and processes to advance gender equity. This statement follows up the work of the Asia-Pacific Women in Leadership (APWiL) Policy Round Table Workshop in April 2016, which was hosted by The University of Hong Kong. Vice-Chancellor Stuart McCutcheon, The University of Auckland, stressed that the statement would be an opportunity for APRU to demonstrate thought leadership, both within and outside the network, to advance equity and diversity across its member universities.

UCLA Chancellor Takes Over As Chair Of APRU (L-R) Handing over of the APRU gavel to signal a transition in leadership from President Max Nikias (USC) to Chancellor Gene Block (UCLA).

APRU presidents and delegates extended a vote of thanks to President Nikias for his leadership as APRU Chair between 2014 and 2016, and to the outgoing members of the Steering Committee: Chancellor Henry Yang, University of California, Santa Barbara; President Alfredo Pascual, University of the Philippines; and Vice-Chancellor Stuart McCutcheon, The University of Auckland.

The first session of the Presidential Retreat was led off by President Peter Mathieson, The University of Hong Kong and President Atsushi Seike, Keio University. During that session, presidents shared their views on the future of humanities and social sciences in the Asia-Pacific.

Among the points made was that collaboration between humanities and natural sciences had brought about innovations previously unimaginable. It was agreed that next year’s APRU Impact Report could usefully focus on the contribution and advances made by researchers in social science and humanities fields.

Another panel session was held on the trends and issues in higher education and research, led off by President Tony Chan of HKUST and Vice-Chancellor Stuart McCutcheon, The University of Auckland. During the session, presidents were able to discuss frankly many of the challenges they face as heads of research universities.

This session reviewed APRU’s strategy and programs by requesting two leaders to present their views of the future. 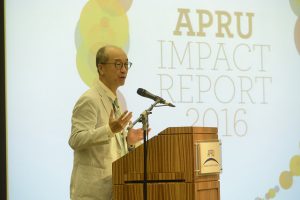 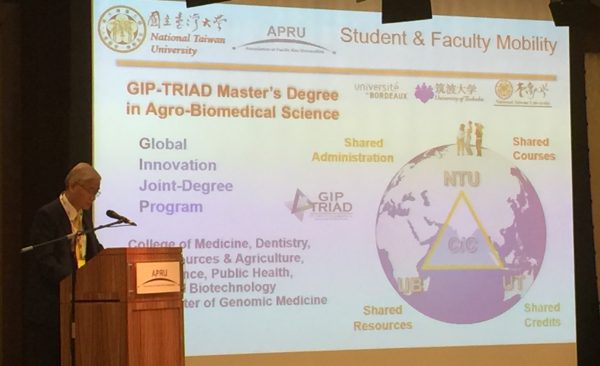 President Lin Jianhua, Peking University (left) and President Pan-Chyr Yang, National Taiwan University (right), both of whom are members of the Steering Committee, discussed their aspirations for APRU and ways the organisation could enhance the international strategy of their universities. 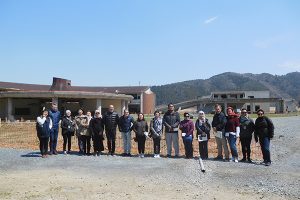 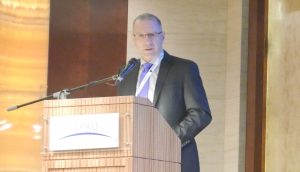 Secretary General Christopher Tremewan (right) gave an overview of the Annual Report and Business Plan. He noted the International Secretariat’s efforts in reviewing the organisation’s priorities and activities, and boosting organisational capabilities. He highlighted the issues of leveraging Hong Kong as an international base, deepening partnerships with members and external organisations, developing a more targeted communications strategy and identifying opportunities for external funding.

University of Malaya– The Perfect Host 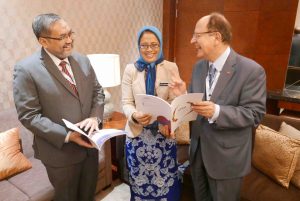 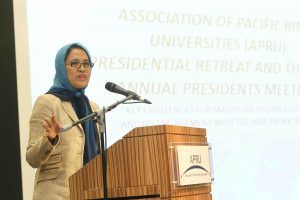 A keynote speech was delivered by Datin Paduka Ir Dr Siti Hamisah, Deputy Director General of Higher Education (Public Sector) of the Ministry of Higher Education, Malaysia, on the key challenges of higher education in Malaysia and its engagement with the Asia-Pacific region. 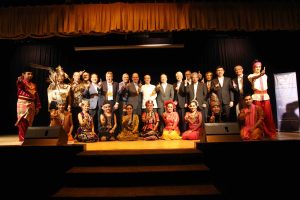 APRU presidents during the dinner and cultural performances at Saloma Bistro.
(Photo: University of Malaya)

The University of Malaya’s warm hospitality won the appreciation of APRU presidents and university delegates. The three-day meeting concluded with a sense of excitement as APRU embarks on its 20th Anniversary and moves into a new phase of demonstrating impact and advancing advocacy.