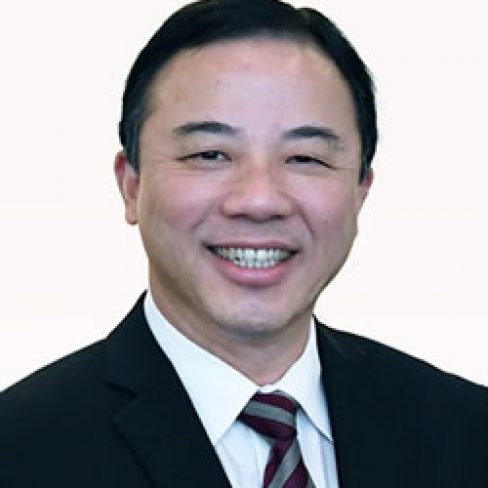 President and Vice-Chancellor, The University of Hong Kong

Professor Xiang Zhang is currently the President and Vice-Chancellor of the University of Hong Kong (HKU).

Prior to joining HKU in July 2018, he was the inaugural Ernest S. Kuh Endowed Chair Professor at the University of California, Berkeley, and the Director of the Nano-scale Science and Engineering Center (SINAM). He has also served as the Director of Materials Science Division at Lawrence Berkeley National Laboratory (LBNL).

Professor Zhang received his PhD from UC Berkeley (1996), MS from the University of Minnesota and MS/BS from Nanjing University, China. He was an assistant professor at Pennsylvania State University (1996-1999), and associate professor and full professor at UCLA (1999-2004) prior to joining Berkeley’s faculty in 2004.

Professor Zhang’s current research focuses on materials physics, metamaterials and nano-photonics. He has published over 340 journal papers including 70 publications in Science and Nature family series. He has given over 330 Keynote, Plenary and Invited talks at international conferences and institutions. He was a Co-Chair of the NSF Nano-scale Science and Engineering Annual Grantee Conferences in 2004 and 2005, and has served as Chair of the Academic Advisory Board for the Research Center for Applied Science (RCAS), Academia Sinica.

In 2008, Professor Zhang’s research was selected by Time Magazine as one of the “Top Ten Scientific Discoveries of the Year” and “50 Best Inventions of the Year”,Discover Magazine‘s “Top 100 Science Stories” in 2007, and R&D Magazine‘s top 25 Most Innovative Products of 2006. His research has been frequently featured in international media, including the BBC, CNN, ABC, New York Times, and Wall Street Journal.  More recently, his research team’s work on “Casimir effect” at UC Berkeley was selected as one of the Top 10 Breakthroughs for 2019 by Physics World.

Professor Zhang is a recipient of the NSF CAREER Award (1997), the SME Dell K. Allen Outstanding Young Engineer Award (1998) and the ONR Young Investigator Award (1999). He was awarded the Chancellor’s Professorship by UC Berkeley (2004-2009), named Rohsenow Lecturer at MIT (2009) and William Reynolds Lecturer at Stanford (2012), and in 2017, chosen for the Pearsall Distinguished Lecture at Duke, the Hall Engineering Lecture at Vanderbilt, and the Towers Distinguished Lecture at Michigan Tech. In 2011, he was awarded the Fred Kavli Distinguished Lectureship by the Materials Research Society (MRS), the Miller Professorship by UC Berkeley, and named Distinguished Visiting Scientist (DVS) by the University of Toronto. He was awarded the Fitzroy Medal in 2014, the Charles Russ Richards Memorial Award in 2015, the Max Born Award from the Optical Society of America in 2016, the Julius Springer Prize for Applied Physics in 2016, the Excellence Award in Scientific Leadership in 2016, and the A. C. Eringen Medal from the Society of Engineering Science in 2017.